Sinfonia Technology is a top Japanese manufacturer that researches, develops, designs, and manufactures motion equipment such as electromagnetic clutches / brakes, vibration transfer equipment, and power electronics equipment such as parts feeders. It is also a historic company that celebrated its 100th anniversary in May 2017. 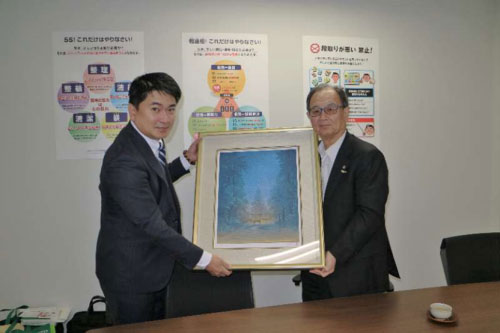 After that, we reported on the sales status of Sinfonia Technology products in Japan and China, the development of new customers, the efforts for existing customers, the explanation of the national situation in China, and the procurement status for Sinfonia Technology in Japan. Although it was a short time, it was a valuable opportunity to exchange information and opinions on further sales expansion and strengthening of cooperation.

Thank you for visiting us from afar while you are busy.